Note: This will remain at the top as a sticky post until August 31.

"The Gentling of Whirlwind" is a summer short-story writing contest of less than 2,500 words. It's based on the story in Dangerous Decision, where Chad and Mitch round up a rogue stallion that has been gathering up the mares on the range. He escapes from his corral when Andi and Virginia have their little "disaster" one Saturday afternoon, but Whirlwind is later caught. In the anniversary edition of Dangerous Decision, the idea of gentling Whirlwind is expanded.

Watch the video, which explains the writing prompt. Then read the rules and prize list. I think this will be a fun contest for the end of the summer. If the video moves too fast, you can read the text at the bottom of this post. Once again, it will be narrowed down to the top 5 stories, and then it will be a Reader's Choice voting.

It's been a crazy-busy week and I haven't been able to post much. Thankfully, Junebug sent me a fan fiction story to share.  ON THIN ICE . . . by Junebug

And since I have company starting Thursday night (and our grandson is staying all next week too), you won't be hearing much from me. I'm scrambling to do the final check on the new Tales book, which means if I get it finished it might "launch" before August 31.
(The Photo Friday piece of this post.)

Proofreading a hard copy of Tales 2 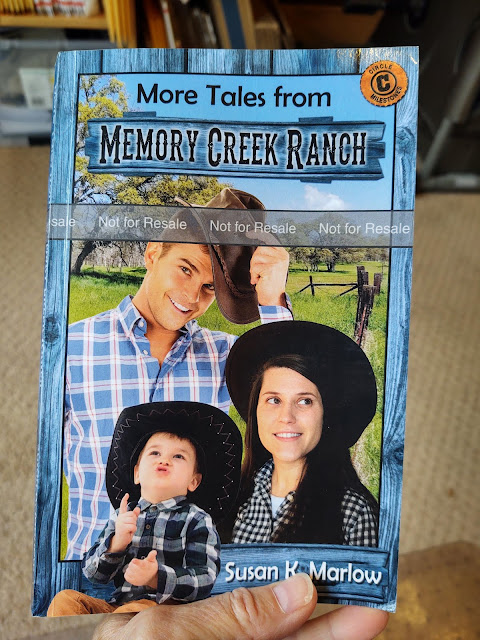 The preview viewer on KDP 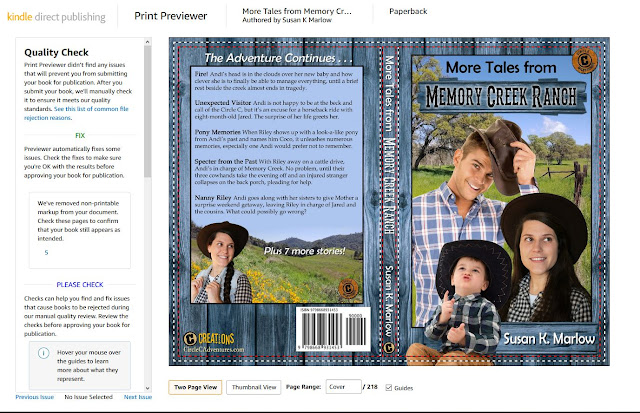 An inside spread on KDP 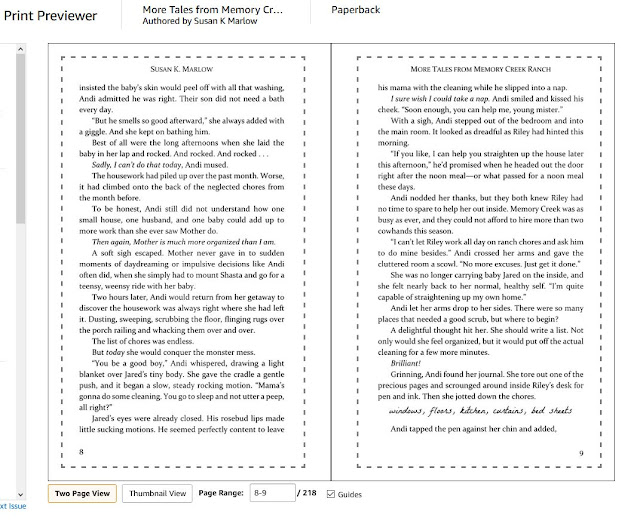 Posted by Andi Carter at 7:40 AM 6 comments:
Email ThisBlogThis!Share to TwitterShare to FacebookShare to Pinterest

Yes, the Freebies are still coming. Maybe a younger brother might be interested in learning all about Paddlewheel steamboats. You never know.
*******


MAKE A PADDLEBOAT 😊 Circle C and Goldtown Adventures are going to round out the last of my featured vendor week with another hands-on craft. An especially fun part of being a kids’ fiction writer is the research. Since the Goldtown Adventures are full of history, I like to roam the gold fields to learn firsthand what it was like. I have been to the Arabia museum in Kansas City, the home of the paddlewheel steamboat that was dug out of the Missouri River in 1987. Perfectly preserved treasures were aboard her! www.1856.com if you want to explore that site with your kids.

RIVER OF PERIL, book 4 of the Goldtown Adventures series, is one of my favorites of this series (it is a stand-alone story like the rest of them). I’ve been to Sacramento, where lo and behold, I discovered that the Mississippi and Missouri Rivers weren’t the only waterways to hold paddleboats. Thus, the setting for another adventure was born! In this post you will find a PDF page I put together to learn about steamboats (and how dangerous they were), along with step-by-step instructions to make a simple paddleboat that really works. Enjoy the 30-second video I took at the Arabia museum.
PADDLEBOATS and MAKE A PADDLEBOAT. https://homeschoolcurriculumfair.com/wp-content/uploads/2020/07/5-Paddlewheel-boats.pdf

Free E-paper Dolls for Your Siblings

I'm not sure any of you want free paper dolls, but your younger sisters might, so here is another post from the Top Picks.
********

Time for a FREEBIE! Here’s a fun video about the Circle C Andi and Riley paper dolls. They are a great hands-on learning tool, since the clothes match up with a number of the Circle C Beginnings stories. HOWEVER, they are also fun, old-fashioned paper dolls even if you never read a word of any of the books. The video shows you how the Velcro fasteners work, and shows the paper dolls in action, along with their clothes and the other fun things. Take a look-see! Here is the SECRET LINK to your own set of E-book paper dolls to download and print out.

If the video got you excited about having a nice set of heavy-duty printed paper dolls, go here to buy them for $10: https://circlecadventures.com/product/andi-riley-paper-dolls-2/

Posted by Andi Carter at 4:00 AM 3 comments:
Email ThisBlogThis!Share to TwitterShare to FacebookShare to Pinterest
Older Posts Home
Subscribe to: Posts (Atom)

Andi Carter
I'm the main character in 4 book series: Circle C Beginnings, Stepping Stones, Adventures, and Milestones. I live on a huge ranch in 1880s California. These are my adventures. 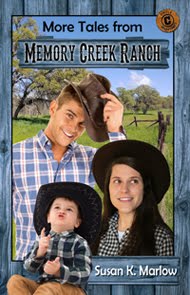 Keep up with Andi's Blog